David Greenberg has been a chief deputy district attorney since 2011. One of his duties is to coordinate Youth Court, a program that gives first-time juvenile offenders of non-serious crimes a chance to repay society and clear their records.

Born and raised in the Bay Area, he earned his undergraduate degree at UCLA and his law degree at McGeorge Law School at the University of the Pacific in Sacramento. His first and only job out of law school has been as a prosecutor in Riverside County. He has spent almost all of his career in the Coachella Valley office, except for a few stints in the district attorney's Western Division. Greenberg has prosecuted every type of crime — misdemeanors, drugs, domestic violence, general felonies, sexual assault and child molestation, gangs and homicides. He started the domestic violence unit in the Coachella Valley in the 1990s. He has been named misdemeanor prosecutor of the year, and felony prosecutor of the year twice.

He coached Palm Desert High School's Mock Trial team for five years, spent 10 years on the executive board of directors for Shelter from the Storm, and is now vice president of Big Brothers Big Sisters of the Desert. He is a "big" to a 15-year-old "little."

Greenberg is married with two children, and coaches their soccer and softball teams.

QUESTION: Youth Court is a program that gives first-time juvenile offenders a chance at fresh start. What are its origins?

ANSWER: Youth Court's origins are the same as all "diversion type program" origins in that there has been and continues to be a need to offer a different path to non-serious criminal offenders (especially youth), other than traditional criminal courts.

Diversion programs work in that they allow non-serious offenders an opportunity to take accountability and responsibility for their actions, make good on their wrongs and change their ways. In the Coachella Valley, the programs origins stem simply from committed law enforcement — police, deputy district attorneys and judges — who understand the benefits of the program, and its successes and who believe in it enough to volunteer their valuable time and run this program. Almost 100 percent of Youth Court participants stay out of trouble. Our current program runs out of Palm Desert High School with the help of Judge James Hawkins and Judge Anthony Villalobos.

The program is available only to teens who have pleaded guilty to non-serious crimes. Other students serve as prosecutors, defense attorney and jury. How does that work?

The judge maintains order and finalizes all "sentences" imposed upon the defendants. Our defendants are actual juvenile offenders who have committed non-serious misdemeanors or infractions and are routed to the Youth Court program by the arresting peace officer, who, in most cases, is the school resource officer. The juveniles, along with their parents, agree to participate in the program. The law enforcement officers currently donate their time into the program as well. The juveniles waive confidentiality, admit guilt and agree to have a hearing on what the "sentence" will be.

What sort of sentences are issued?

After a recommendation from the "jury" and formal approval from the judge, typical sentences include apology letters, community service, restitution, counseling, school district programs and jail tours, etc. Often the defendant agrees to be part of another juvenile's "jury" at a future hearing.

In all the years of the programs' existence, hundreds of kids have received the benefits of this program — many returning to be practicing attorneys in the very court they began as Youth Court defendants.

Youth Court was launched at Palm Desert High School in 2000, went dormant for a while and was revived last year. In May, the Board of Supervisors voted to support grants that would expand the program to Indio and Palm Springs. What is the status of those grants?

During his campaign, outgoing District Attorney Paul Zellerbach said he wanted to expand Youth Court to every high school in the Coachella Valley. Is that realistic? Is District Attorney-elect Mike Hestrin on board?

Outgoing DA Paul Zellerbach committed to expanding this successful worthwhile program to every high school in the Coachella Valley. With proper funding, this is certainly realistic. We are currently up and running at Palm Desert High School with plans to expand to Palm Springs High School, and the Indio High Schools by the fall of this year.

There is no reason to think we couldn't cover all the high schools in the Coachella Valley in a few years, especially with the help and backing of the Clinton Health Matters Initiative. New DA-elect Mike Hestrin certainly values community service and proactive law enforcement programs, and is extremely supportive of Youth Court, and its expansion. DA-elect Hestrin is certainly "on board" as well.

Your office is working with the Clinton Health Matters Initiative on programs to help young people at risk. What district attorney diversion programs are helping with this mission? How do you measure success?

The Clinton Health Matters Initiative aims to bring all involved partners in our Coachella Valley community together to solve any and all problems related to health. That list includes public safety. Along the continuum of public safety, there was an emphasis placed on changing the relationship between those juveniles and their experience with the criminal justice system and law enforcement.

Youth Court has measurable successes in many areas:

• Timeliness: Youth courts can move cases from arrest to sentence much much faster than traditional courts.

• Savings: Cost-effective alternative to traditional courts, and the increased savings from lack of recidivism.

Read this article and watch a video in the following link: 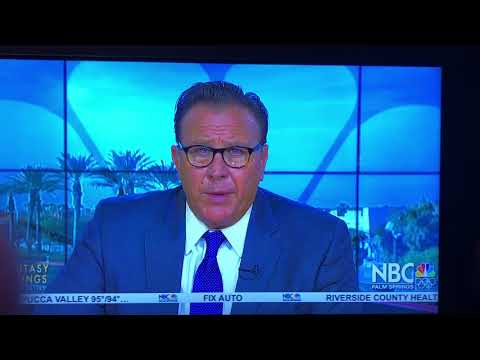